A Day at the Museum

The Charge was invited to tour the newly re-opened Iraqi National Museum and I tagged along. As we pulled up to front of the building I saw a small group of people holding signs and a few reporters with cameras. I panicked because I had told the Charge there would be no press and she doesn't like surprises. It turned out that they weren't there for us; they were protesting the removal of the previous Director of the museum. This is Iraq, after all, and even something as seemingly innocuous as a museum has political intrigue.
The Deputy Director led us on a tour of the museum's impressive collection. Being a history nerd, I got a kick out of the small clay tablets with cuneiform writing that served as ancient trade contracts. I also saw statues and wall carvings that are thousands of years old. And illustrated manuscripts that reminded me of old illustrated bibles painted by monks. 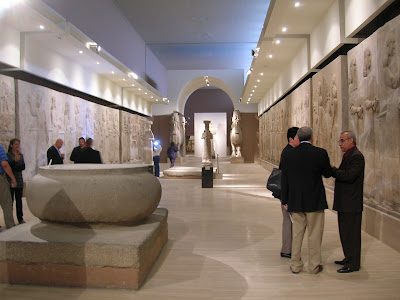 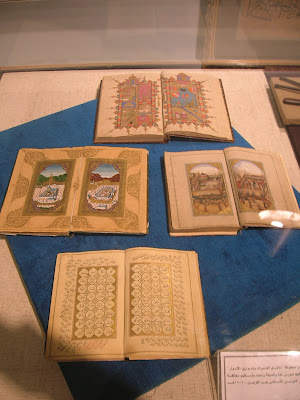 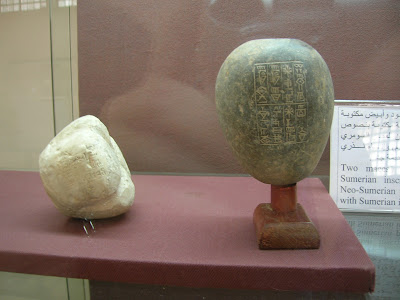 The Embassy has been collaborating with the museum to not only preserve, catalog, and display its artifacts, but also to help return artifacts that, one way or another, ended up in other countries. The National Museum has come a long way in a couple of years and I hope it will become a great source of pride for the Iraqis.
Posted by Heather at 9:06 PM 1 comment: