The Best Idea We Ever Had

I really love being a Public Affairs Officer. Mostly. One down side is that I don't get to do as much of the fun stuff because I spend a good deal of time managing the budget, doing HR-related paperwork, supporting the front office, and responding to requests from DC. But recently I got to give a presentation to a school group on a topic close to my heart - National Parks.

My presentation skills may have been a little rusty, but my enthusiasm for the topic made up for it. For me, this is the perfect American culture topic - it combines America's natural beauty, American history, and maybe one of the best ideas America ever exported to the world - protecting the nation's most glorious natural wonders for the public. And, of course, it's a chance to show lots of pretty pictures. (If you want to know more, visit PBS's National Parks documentary page.) 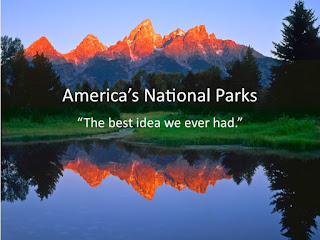 After all the craziness of the elections, it was nice to talk about something fun and positive. And, I hope, it left a good impression with the students.
Posted by Heather at 10:44 PM No comments:

Foreign Service Officers like to joke that we have no transferrable skills if we were to ever leave the Department. That's not quite correct. I can say that my traveling skills have become quite advanced.

As an experienced, worldly traveler, I have some practical advice for hotels seeking to lure the discerning solo female traveler.

If I could have only one wish come true, it would be for more counter space in the bathroom. Or at least some drawers. Women travel with a lot of bathroom crap and we need someplace to put it.

Hotels typically provide a hair dryer, which is great. But what about a curling iron or flat iron?

And why such unflattering lighting in the bathroom? Under no circumstances should there be flourescent or harsh white lights.

Don't skimp on the toiletries. Provide nice shampoo and conditioner.

More hangers in the closets. And a full-length mirror is a nice touch.

It's hard to believe there are still hotels that don't include free wi-fi. Especially for the 4 and 5 star hotels, charging $15/day for wi-fi is tacky, especially when all the inexpensive hotels provide it free of charge.

It would be nice for hotel restaurants to offer 1/2 portions. Normally I'm a fan of leftovers, but when traveling, it's not always possible. Large meals are often wasted.

There you have it, Heather's World Adventures tips for attracting the discerning solo female traveler. I can see a post-Foreign Service career as a luxury travel consultant!
Posted by Heather at 11:01 PM 2 comments:

What I Really Think About the 2016 Presidential Elections

Redacted due to the Hatch Act.

This may come as a surprise, but I don't particularly enjoy crowded bars and I'm not desperately seeking a husband. I don't claim to speak for all single female FSOs, but I can't imagine that I'm alone. So, here is what I consider to be a better set of criteria for a post that is "good for singles."

I had started to write that I didn't think it was possible for a post report to describe a post in such a way to be useful for every possible variation of FSO. But then I deleted the sentence. Sure, it's possible. The first step would be for the Department to stop thinking about the diplomatic corps in outdated generalizations. Maybe that's a revolutionary idea for another blog post. For now, I'd be happy if we could update our thinking on what makes a "great post for singles."
Posted by Heather at 3:01 AM 4 comments:

I Can't Stop this Feeling

While settling in to my new post in Vilnius, there have been multiple times when I realized how long it's been since I was at a "normal" overseas post. I left Nepal over four years ago, so that's how long it's been. My security in-brief here was considerably less onerous and scary than, say, the security in-brief in Kabul. It feels great to have a spacious living area, instead of a tiny apartment in Dupont Circle or a converted storage container in Kabul.

Adjusting to life overseas in Vilnius has been easy. I love everything about Vilnius. My apartment is in old town and there is so much within walking distance. Work is great. Vilnius is great. So, naturally, I'm just waiting for something to go horribly wrong. I mean, things can't stay this great, can they?

A few shots that capture the feel of old town Vilnius. 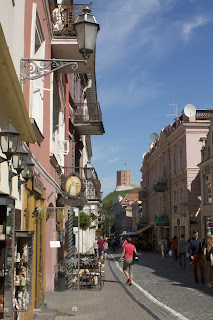 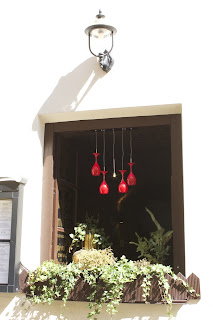 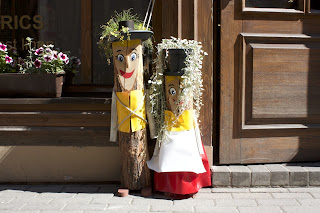 Two years ago I learned that I would be arriving in Vilnius, Lithuania in the summer of 2016. Two weeks ago I finally made it to Lithuania. I'm still feeling my way around, but my first impressions are very good. Vilnius is lovely. The people are wonderful. My apartment is in an ideal location. The embassy and staff are great. So far I'm off to a great start. More soon

As I conclude Public Affairs Officer tradecraft training before heading to Lithuania for my next assignment, my fellow classmates and I have spent quite a bit of time contemplating how to talk to foreign audiences about this presidential election. This will be my third presidential election overseas, but the first time I will likely have to directly answer questions from public audiences.

The typical public diplomacy tactic in this situation is to talk about the process, not about specific candidates or their policies. That proves difficult when one of the candidates suggests that the U.S. might not automatically fulfill its NATO obligations in the event of Russian aggression against the Baltics. What do you think our ambassadors in those countries (and their PD sections) will be talking about today (and tomorrow...)?

Foreign Service Officers get various differential pay adjustments for working in dangerous or difficult environments. Perhaps the State Department should consider "election year" hardship/danger pay for public diplomacy officers in the field during presidential elections.
Posted by Heather at 4:58 AM 1 comment:

This is what my brain feels like 9 months and 3 weeks into a 10 month language training course. 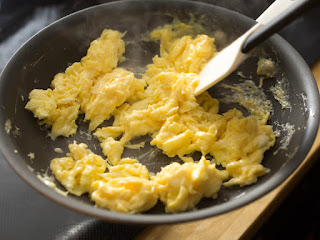 Posted by Heather at 3:50 AM No comments:

Propaganda By Any Other Name

One of the important issues I'll have to deal with as the Public Affairs Officer in Vilnius, Lithuania, is the Russian propaganda bombarding the Baltic states. I recently attended a screening of a documentary film about this. Considering how best to respond to Russia's well-financed and pervasive propaganda machine, it raises the question of what is and what isn't propaganda.

What makes information propaganda? Does the mere fact that a government is funding that information make it propaganda? America's Voice of America and Britain's BBC are two obvious Western examples of government or public-funded broadcasting. But I certainly would not lump those media outlets in the same category as the Kremlin-funded Russia Today (recently renamed to the more ambiguous RT).

Maybe propaganda means information that attempts to twist public opinion a certain way. However, by that loose definition, you could label just about any news organization in America as propaganda.

In America, we are extremely sensitive to any perception that the U.S. might be engaging in propaganda, so we go out of our way to avoid any such accusation. Only in the last couple of years has the Smith-Mundt Act been updated to account for the Internet; and, oh boy, did that stir up a hornets nest of conspiracy theories about how the State Department would start brainwashing Americans.

Russia does not engage in any such moral deliberations. Nor is it confined by, say, the truth. This gives Russia an advantage in the information war in which we find ourselves. So how should we respond? The biggest challenge is that people who are particularly susceptible to spin - especially when it confirms their existing biases - are rarely influenced by rationality. In other words, you can't always counter conspiracy theories and propaganda with logic.

At the very least, we should hold ourselves to higher standards than RT, for example. But we have to sometimes get down in the mud where these conversations are taking place. It's a delicate tightrope walk between maintaining our integrity on the one hand and refuting the half-truths and outright lies told about us in a way that will resonate with those who want to believe the worst about us.

It's a challenge I'm looking forward to facing in Lithuania.
Posted by Heather at 3:23 PM No comments:

"Do you regret having kids?"

Being of a certain age and never married, I understand that some people might think A) I'm gay (I'm not, and these days that's not a barrier to marriage); B) I have a deep-rooted bias against the institution or come from a broken home (I don't; my parents are about to celebrate their 50th anniversary); or, if neither A or B, then C) I'm currently desperate to find a husband (really not).

Some people (usually women), when they find out I've never been married and I don't have children, are surprised that I'm not - at that very moment - on the prowl for a husband (hopefully not theirs) or sitting at home crying because I don't have a husband.

I've discovered a pattern. People who seem the most comfortable and happiest with their life choices are less likely to try to make me feel bad about mine. When someone with a spouse and children says to me, "you'll regret it later," what I hear is, "the fact that your life is very different than mine yet you seem happy and not desperate to have what I have makes me uncomfortable."

In every person's lifetime, there are multiple paths to happiness. And they're not always identical to someone else's.
Posted by Heather at 8:02 AM 3 comments: